Texas football is ingrained since birth and you root for your local team only.  Normally Houston teams looked down on Dallas teams and vice versa.  This didn’t happen to the Houston Oilers.  Poor attendance, average records, no press support, and the popular Dallas Cowboys stealing the potential fan base forced owner Bud Adams to move the team east.  The new location didn’t do much for the Oilers.  Both seasons were they were the Tennessee Oilers they were 8-8.  The other new NFL expansion teams (Jacksonville Jaguars, Caroline Panthers) could boast better records or more exciting football to watch.  The Oilers changed their name to the Titans.  The Titans found early success in a Superbowl bid in their inaugural season (1999).  Ever since that Superbowl loss the Titans are back to where they started with a mediocre record, a team with few standouts, and getting little media attention. 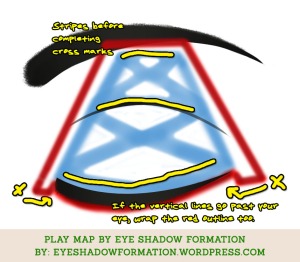 Current Titans uniforms technically did not keep the Oiler’s Columbia blue when they rebranded. Blame current dye and uniform technology on this one. On paper the Columbia blue is accurate.  In real life the Titans uniform Columbia blue appears closer to sky blue, meaning it has a lot of cyan (blue-green) nuance. That cyan tone disqualifies the color as Columbia blue.  This could also be photos and video playing tricks on me since every reference I’ve seen of a Titans uniform shows a different shade of blue.  For the sake of this play I will pretend the colors actually did translate from print to uniform.