No courtesy notifications were sent to Baltimore that a popular source of revenue/city morale is going away.  Robert Irsay just loaded a fleet of moving trucks and hauled ass to Indianapolis as soon as Indianapolis sweetened their loan deal.  So by midday of March 29, 1984 the Baltimore Colts were no more.  Robert Irsay’s Midnight Ride also took with him the Colts history he shaped in Baltimore (including Superbowl wins, historical rosters, records, and team colors). For all parties involved this situation sucked.  Baltimore Colts fans witnessed their team slide from playoff perennials to mediocrity.  They wanted their team to be relevant again yet all they witnessed were politicians and Bob Irsay playing chicken.  Baltimore legislature liked the goodwill the Colts gave them but had no money to foot the bill for stadium repairs.  Their city coffers did not have that kind of funding to support the Colts*.  Robert Irsay rightly believed that retrofitting and upgrading Memorial Stadium could help bring the Colts back to playoff contention.  Irsay also did not have that kind of funding.  Irsay also knew a good deal when he saw one.  He left for new opportunities and left Baltimore to spiral into a violent crack town in the 1980s and 1990s.  He should have left a press statement or give a press conference to explain the move to long time Baltimore Colts fans. The Baltimore Ravens with their Superbowl victories have helped ease the hurt.  There is a generation of children that only know the Ravens as their team in the Baltimore area.  Their parents and older relatives would have to retell the glory of the true team that came before, the Baltimore Colts, and the scary story of Robert Irsay’s Midnight Ride.

*  I am assuming local politicians had good intentions.  Like many local political stories I’m sure there was corruption and dick waving that played a factor into Robert Irsay’s Midnight Ride. 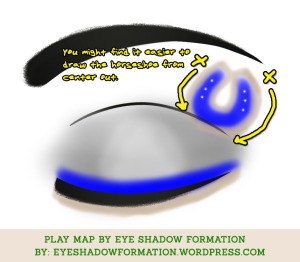 Maroon and blue were popular team color choices when the Colts officially formed in the 1940s.  (Their lineage includes the Boston Yanks, New York Bulldogs, New York Yanks, and Dallas Texans.)  I bet you thought the blue was the same through the decades.  It was not.  The blue would shift from navy to bright blue as time passed.  The 1983 Baltimore Colts, last of their name, used a cobalt blue that somehow matched the blue bar on Technicolor TV test screens.    Current Nike uniforms seen on the Indianapolis Colts is a darkened shade of that, which is somewhere between cobalt blue and navy. Somehow the Colts found a color that wasn’t neon yet just as retina burning.

The grey from the pants was a welcome break for the eyes.  Speaking of the grey pants, they had numbers for each member of the team.   It must have made laundry day easy.  I wonder what would the Nike uniform look like if they kept the little horseshoes and numbers at the players’ hips.